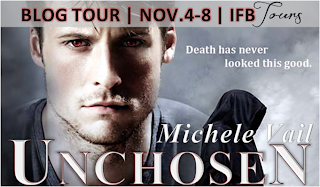 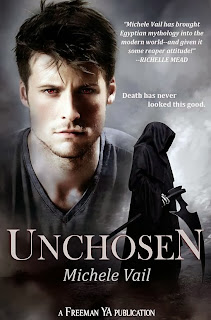 I thought the worst of my reaper training was behind me… turns out I was wrong. Dead wrong. Molly Bartolucci has done a lot of growing up but after being accused of using illegal magic at her school for necromancers, reaper-in-training Molly is treading lightly. As the destined leader of Anubis’s Chosen, she needs to study hard, train harder, and stay out of trouble. Uh, right. It doesn’t help that she’s feeling more than academic about her melt-your-bones hot reaping instructor, Rath. And if her relationship drama isn’t enough to drive her over the edge, she has to deal with mother issues, nosy little sisters, suspicious friends, and an unnamed force stalking her at school. Then her family is attacked, and her bio-dad ends up comatose in the hospital. Now, Molly has to uncover who’s trying to hurt her loved ones—and all without the help of Anubis. 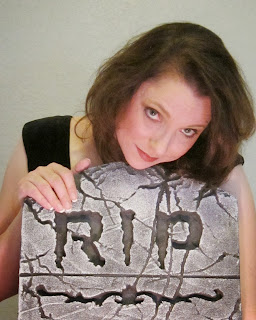 Michele Vail is the author of The Reaper Diaries, a young adult paranormal series set in the modern world with a zombie twist. The stories center on 16-year-old Molly Bartolucci, a reaper-in-training who's learning to deal with love, destiny, and death. Michele Vail is the pen name of national bestselling paranormal romance author Michele Bardsley (who also writes thriller mysteries under Michele Freeman). The Reaper Diaries consist of three books: Undeadly, Unchosen, and Unbroken. www.michelevail.com | www.thereaperdiaries.com

How to Avoid Zombie Neglect
Contributed by Ally Barolucci, Founder of Citizens for Zombie Rights

Shelter is Not Optional

According to Section 1, Part 7 of The Zombie and Walking Dead Protection Act, zombies require a resting place that is temperature-controlled and has an emergency exit. In other words, zombie owners who stick their undead companions in garden sheds, attics, basements, closets, or car trunks can be charged for zombie abuse and may incur fines or jail time.

Zombie appetite suppression is critical, not only for the safety of humans and animals, but also for the wellbeing of your zombie. There are two options for insuring your zombie is never subjected to The Hunger:

Yelling and Hitting is Not Acceptable

Zombies have the limited ability to follow basic commands. Give your zombie simple jobs to complete one at a time. If it doesn’t understand right away, please repeat your command until the zombie comprehends—or try giving it another task. Screaming, yelling, calling names, or hitting will not make your zombie more compliant.

Zombie neglect and abuse is illegal and should be reported immediately. Just remember: Zombies were people, too.