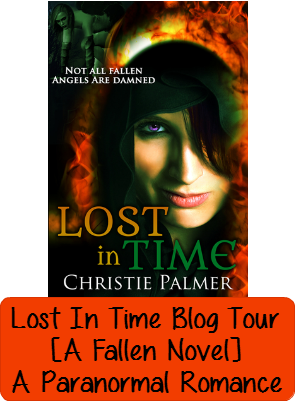 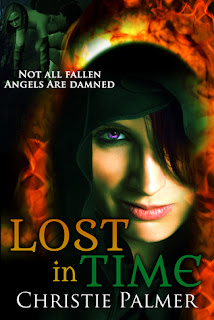 
Hidden in the shadows of the Infernos, Celeste is surrounded by the protection of Dante and her brothers. She is a Demon/Reaper a being that should never have been. An elite fighter, Celeste has honed her fighting skills and is a deadly weapon for Dante. Her one weakness? A Fallen Angel she has loved for two centuries.
Marcus a Fallen Angel knew the unconditional love of the Gods, and Angels. But he fell to the mortal plane in dishonor. Five hundred years ago he fell for a mortal, but she spurned him. Taking a vow of celibacy he has dedicated himself to fighting the evils of the world. Believing that he will one day be worthy of his lost mortals love as well as redemption from the Angels who turned him away.
One of the First… Calliope has been released onto the mortal plane. His one and only goal is to destroy Dante and the Reapers. Taking his rightful place as the ruler of the Infernos.
The only weapon that can kill Calliope is the Black Sword, a sword so evil only one creature in existence can carry it. Celeste. But she can’t hunt down Calliope on her own. She is forced to partner with the one being she wants more than life itself, Marcus.
Can a Reaper/Demon and a Fallen Angel work together to kill Calliope before he succeeds in taking over the Infernos and releasing hell on earth? 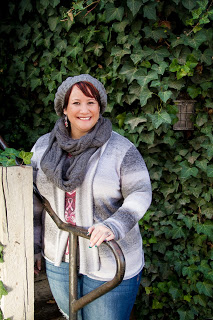 Who am I?
This is a tough question to answer, it would be cliché’ to say: "I'm whoever you want me to be." (Wink, wink)

However, the bare facts are, I'm a mother of 2, a wife of almost 20 years, a daughter, sister, friend, loud obnoxious cubical partner. (Seriously, we aren't meant to be stuck together, in tiny boxes like this.)
I have a B.S. Degree in Information Technology.  And I want nothing more in the world than to be a published author of Urban Fantasy Romance.

I was born and raised in a suburb of Salt Lake City, UT. called West Jordan. Where I live, about 2 miles from the home I grew up in. World traveler I am not.

I currently work a full time day job as a Business Analyst which is a fancy term for I work on a computer all day. (boooo, this technical stuff makes my muse cry). Nuff said. One day I will be a full time writer. Until then, I shall slog along at my day job.

So if I'm not working the day job or writing. You will find me reading, which is my greatest past time. Unless, my family has kidnapped me! Taken me out of my comfort zone! Away from running water, and a flushing toilet, away from electricity and God forbid Wi-Fi. (It makes no sense to want leave the city!! There are things outside of the city that can kill, and eat you. NO thanks.) Camping, they’ve taken me camping….. (sniff sniff).

Or you might find me cycling, which is my new hobby, even though I tend to crash a lot! My husband calls me crash, but I love it. When I cycle I feel free, my brain and all my characters are quiet, and I can think. After 20 miles or so I am able to internalize my next moves not only in life but in writing as well. I am a true believe that everyone needs this type of release. You just have to find what that release is for you.

I love music and if I am I ever seen without my iPhone I have been kidnapped by aliens and every action should be taken to retrieve the real me.

What if they don’t have running water, flushing toilets, electricity or…say it isn’t possible Wi-Fi in space??

I had previously read Christie's Other Book, Shadow Play and loved it, so I was really excited to start this one. (: I was glad to see the characters from Shadow Play make a reappearance without distracting from the main characters in this book.

I really enjoyed what the author did with the story-line, and the direction she went with the different paranormal entities: the reapers, angels, fallen angels, hunters, elementals, etc (You get it... lol). I love how the angels were not all sunshine and goodness. I mean, some of them were compete JERKS. I wanted to slap  that one chick a few times. [she who shall not be named] Another plus? The reapers were all siblings and their father was Dante, the ruler of the underworld (not to be confused with Hell. The underworld is not hell and Dante is not the Devil. It is more of an.... er... inbetween? I guess.... maybe... either way, it was pretty cool) And the reapers are more loyal than angels. Go figure! I love how the dynamics are not what you would expect. Keeps it interesting. (:

Celeste: I love Celeste's character. I do not want to spoil what she is for anyone, but that girl did not have it easy and I found myself, on several occasions  wondering why everyone was so cruel to her. I mean, some of the stuff they said was a little over and above what was called for, if you know what I mean. I love that addition to the story, though. Everyone hating on a reaper? I mean, come on! Awesome. And Celeste, herself, was just a complete badass! She was wiping the floor with her opponents every chance she got! An excellant badass and an endearing heroine? A fantastic combination, if you ask me.

Marcus: For someone who fell for being a good guy, he sure was an ass on some parts. But for the most part, I loved him. (: I was super SUPER happy that the book was written in alternating points of view! I got to get inside his head and figure things out as he was. I love knowing what both of the characters are thinking. It sucks me into the book more than following only one character would. Anyway, he is awesome. That is all.

I loved the relationship Celeste had with her brothers, especially Victor. They were such....... siblings. lol. (: In any case, that was one of my favorite parts. The fact that although their father is freaking Dante and they live in the Underworld, they still have that sweet- albeit violence filled- family bond. *grins*

AH! I almost forgot to discuss the Villain! I love villains  Um.. this guy was a little strange and I may not have completely understood him (maybe because home- boy was crazy..) but he was a scary mo- fo, so that counts for something! (:

The Ending? The Ending? The.....Ending? I am not even going to get into the ending.. ok. maybe a little. At first, I did not know how to react to a certain part of the ending... but after some consideration, I think it deserves some props.

I will take it! And I will not forget it anytime soon, because my, what a memorable conclusion. (:

This book was pretty darn good. It had romance [ooh and a spicy adult romance at that- loooved it],  some mystery, some bullying (lol), a cool twist on some paranormal elements, and character guest appearances from her other book! (yay!)

Whoah, I do have one more nitpick. This is the first book in a series. However, if I had not read the other book by this author, I would have been completely lost (instead of just sort of lost. lol). Since the books are labeled in a separate series, this book will definitely be confusing unless you read Shadow Play first. A bunch is re- explained, but I feel like some stuff is sort of left up to previous knowledge of some of the characters. But other than that, a very entertaining read! <3