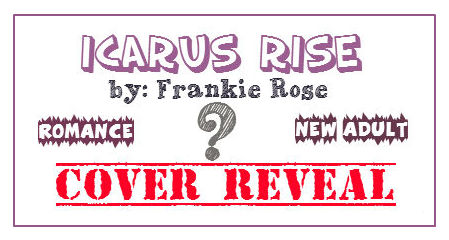 Hey everybody! Today, I have the honor of revealing the cover for Frankie Rose's upcoming New Adult Novel, Icarus Rise! Woo! I know, cue the excitement! Whoa- wait, reign in your excitement for a moment. I need to get some other stuff out of the way before you can see the cover. ;) I know. I'm so cruel. [Oh, you love it.] 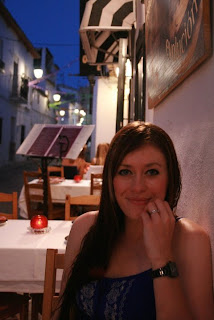 
As a child, I was always accused of being bookish because I wore glasses- big, horrible, ugly ones with too-thick lenses. Those kids, the super smart ones who always know which tender insecurities to poke at in order to provoke life-long complexes, used to accuse me of reading too many books and that my eyes were going to rot out of my head (their words, not mine!)

The truth of the matter was a little more embarrassing: I used to sit too close to the T.V. That was the reason why I had to wear glasses, but kids don’t really care about small, insignificant details like the truth, and so I was labelled a nerd. The label kinda stuck, and after some sage advice from my awesome nana (nana, you rock!) I decided that if I was going to be abused for my supposed literary obsession, I might as well develop one.

I guess that’s how I got into books and reading at an early age. Since then, I’ve been ripping through books like they’re going out of fashion, which, thankfully, they’re not. Good thing, too, because I’m a writer now, and books are my business!

Thank you to everyone who has supported and encouraged me on my journey- look for your names in the acknowledgements!


And now.... The Cover! I know. You already scrolled down to see it before you ever read anything. But just let me have my moment, okay! O.O <3 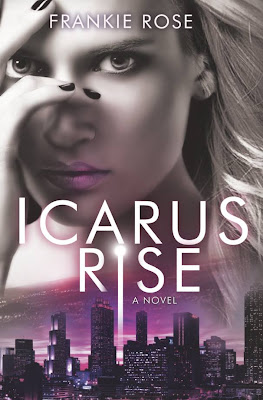 Let me know what you think about this fabulous Cover in the comments. I am super excited about this. The Suspense is killing me!


Iris Breslin is on a mission with only one goal: escape Breakwater, Wyoming, where her family’s horrific history is common knowledge. New York couldn’t be more different to her small town upbringing, but better still, absolutely no one at Syracuse University knows of the brutal murders her father committed before taking his own life when she was fourteen years old. For the first time, Iris has friends, a career plan, a regular life.

Jake Stafford grew up in Breakwater. Discovering Charlie Breslin’s body on his first day as a cop may have snared Jake in the Breslin family nightmare, but the truth is that he was already involved long before. Now a part of the NYPD, Jake remains entangled in the five year old mystery—a mystery he intends to solve. That isn’t going to be an easy task, especially with Iris back in his life. Jake must fight to convince the girl he loves that his feelings are genuine, and not some sick obsession with a man who once helped him when no one else would. His hidden secrets are darker than Iris can possibly imagine, but can she drop her guard long enough to uncover them?