Sooo Few Are Angels got a new cover and I have to say that I like the new cover better. Don't get me wrong I really like the first one too, but I think this one goes with the second book more. Are you ready to see the beautiful cover?!?!?!?! 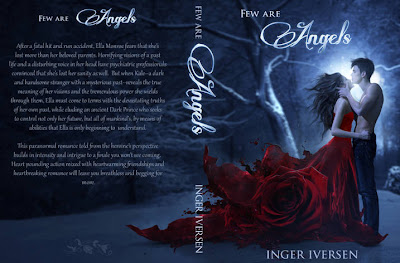 Synopsis:
After a fatal hit and run accident, Ella Monroe fears that she’s lost more than her beloved parents. Horrifying visions of a past life and a disturbing voice in her head have psychiatric professionals convinced that she’s lost her sanity as well. But when Kale--a dark and handsome stranger with a mysterious past--reveals the true meaning of her visions and the tremendous power she wields through them, Ella must come to terms with the devastating truths of her own past, while eluding an ancient Dark Prince who seeks to control not only her future, but all of mankind’s, by means of abilities that Ella is only beginning to understand.

Enter the shrouded world of an age old battle between an ancient race known as the Immortals and their bitter enemy Laurent, the so-called Dark Prince, who commands an army of half-breed vampires known as Chorý. Both sides have been desperately searching for the prophesied emergence of the Arc, a clairvoyant with unparalleled power to recall the past and a soothsayer with clear vision into the future.

The Council of Immortals has sworn to protect the Arc, whom they have identified as young Ella Monroe, a college freshman from Virginia living quietly and unaware of her powers or her past. But a renegade Chorý has other plans for the protection of a girl he has loved through the ages. Can Kale convince Ella of who she is, what she is destined to become, and what he once meant to her? Is he truly the best protector to shield the world from the devastating misuse of her powers that Laurent is bent on controlling? Or will the forbidden love they share and Kale’s cursed condition as a retched and hated Chorý be used against them both?

This paranormal romance told from the heroine’s perspective builds in intensity and intrigue to a finale you won’t see coming. Heart pounding action mixed with heartwarming friendships and heartbreaking romance will leave you breathless and begging for more.

All I can say is WOW!!! It is amazing. I LOVE LOVE LOVE the rose in her dress and the guy is HOT HOT HOT!!!!! I love everything about this new cover. So what did the first cover look like...well I'll show you. :D

This is the fist cover. I think this one is beautiful too, but Like i said I like the new one better. Tell me what you think. Do you like the new or old cover???

Oh and b/c I can't resist I'm going to put the second cover and synopsis as well :D 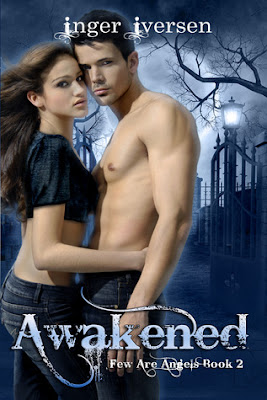 What must he overcome to protect her?

With no clue of what to do next and the responsibility of looking after Alex and Mia as promised, Kale is up to his ears in problems and no solutions. How will Kale save Ella, keep Alex and Mia safe, control Jace as well as control the Bloodlust that creeps beneath the surface waiting to be released? Will Kale be Ella’s savior or will he convict her to a fate worse than the one Laurent has already promised her?

What truths will she learn?

Ella knows that the choices she makes affects not only her but everyone else around her, but what about the choices made to find her? Ella learns the truth about the death of her parents, learns that the ones she thought she could trust aren’t so trustworthy after all.
How will Ella handle these betrayals, and will she be able to sacrifice what is necessary to obtain eternal life?