Well, we have yet another cover reveal for you!
(Don't worry, this should be the last one for a while. i think. lol)

Todays's book is Shadow of Time

Before we reveal the cover, how about we learn a little bit about the fantastic author? 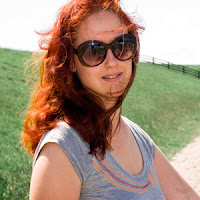 Jen Minkman (1978) was born in Holland, in the town of Alphen aan den Rijn. When she was 19, she moved between The Hague, Salzburg (Austria), Brussels (Belgium) and Cambridge (UK) to complete her studies in intercultural communication. She is currently a teacher of English, career counsellor and teenage coach at a secondary school in Voorburg, Holland. She tries to read at least 100 books a year (and write a few, too!). She is a published author in her own country, and translates her own books from Dutch into English for self-publication.
In her spare time, she plays the piano, the guitar and the violin. For every novel she writes, she creates a soundtrack.

well, she only sounds COMPLETELY AWESOME!

For the record, bilingual people are TOTALLY AWESOME!
I wish I was fluent in another language. I mean, I mess around with spanish and can carry on a basic conversation, but teaching English as a second language? wow. I even checked out her Facebook page and it is all in her language! is it completely weird that I find that super neat! I am not entirely sure which language is spoke in Holland.. but the woman mus also speak some German and Austrian!! Ah! She is so cool!

All Hannah needs is a nice and quiet vacation after her first year of teaching French at a high school. She joins her brother Ben for the summer in their mom’s log cabin in Arizona. There, she meets Josh again, Ben’s childhood friend from the Navajo reservation. The little boy from the rez has grown up fast, and Hannah can’t help but feeling more for him than just friendship.

But fate apparently has something else in store for her. And it’s not peace and quiet. Night after night, Hannah is plagued by strange nightmares about the past of Navajo Nation and terrifying shadows chasing her. They seem to come closer – and why is Josh always present in her dreams?

Sometimes, the past has a way of catching up with you.

For additional info about the book, check out this website

It has so much stuff that is related to the book! There is a book trailer for Shadow of Time, Pictures, information about the Navajo and their language (which is cool!) and two music videos with songs written specifically for the book from the two main characters' points of view!

you know what? I will put the songs/ trailer on this post! okay, I won't go that far. but I will leave you the link to her songs/trailer. :)

(Trailer) Shadow of Time
Posted by Ryan Snyder at 5:00 AM