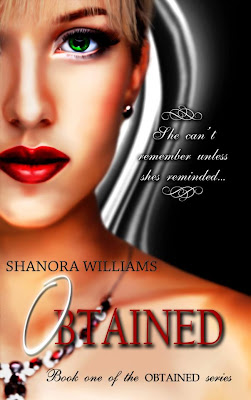 Jules Maddox isn’t just some familiar guy that sits at the corner table of the coffee shop to sketch in his sketchbook. No. He’s something much darker and mysterious than that and when Alexandria Marshall—a happy-go-lucky girl that can’t remember a thing about her past—speaks to him, she isn’t surprised to see Mr. Hot/Creep run off quickly without saying a word. That leaves Alexandria with no choice but to wonder what she’s done to make him react that way towards her. She feels as if she knows him but she can’t put her finger on it. And without being able to remember her past, she feels that she will probably never figure it out.

After being assaulted and attacked in an alley of New York, Alexandria figures out that Jules isn’t normal and has a reason to be secretive and mysterious. As Jules fights off her attacker, she witnesses his glowing eyes and fists. And it’s not until Jules is finished that he realizes what he has just done and once again, he runs away without a word.

Alexandria can’t keep Jules off of her mind but when Felix Wells, a rich architect, appears at her door step, everything begins to unravel and reveal itself. She falls for Felix on the first day and when Jules finds out, he isn’t pleased and instead of running off like he usually would, he decides to tell her everything that he knows and what they really are. What Alexandria doesn’t know is that she and Jules are mates and if the “Leaders” find out that she is being drawn in by more than one mate, their lives will be at stake. Jules didn’t want to risk telling her but he refuses to lose her to Felix who is much more dangerous than some rich architect.

But no matter how much Alexandria tries to forget about Felix and stick with Jules, Felix just comes back effortlessly to obtain her again. Because now she knows everything-- her mates know everything-- and if the Leaders find out, they will be sure that the lives of Alexandria and Jules cease to exist.

So what do you think of the cover!!!! I LOVE IT!!! The girls bright red lips make the cover pop.