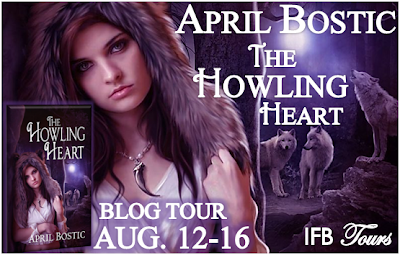 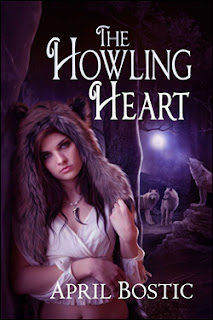 Synopsis via Goodreads:
Paige Donovan is an ambitious college graduate who aspires to reach the top of the corporate ladder. She’s climbing fast when given the promotion of a lifetime at a prestigious fashion magazine in New York City. Her bright future comes to an unexpected halt after news of her father’s death. She inherits his old cabin in the Colorado Rockies and just when she thinks her luck couldn’t get any worse, she has a car accident in the mountains and awakens in the small, remote community of Black River. Soon she’s engulfed in the mystical world of Varulv—wolves descended from 12th century Scandinavia and blessed by Norse gods with the ability to appear human. Paige is desperate to return home, but never expects to fall for her rescuer, Riley Gray, a charming young werewolf from England who offers her an alternate future with his pack. Now she must choose between the career she’s always wanted and the love she’s always dreamed.


Paige hasn’t thought of the time she was in the woods for years. Now- after having dreams about it- she can’t stop thinking about it. When tragedy strikes, she decides she needs a vacation and visits the cabin that she stayed in years ago. There she meets Riley, who is mysterious and alluring. After spending time with him, she can’t help but see that he is hiding secrets about the wolves in the area. When she learns the truth, she is shocked. Will she be able to accept what she learns or will she leave for good?

Paige may have bitten off more than she can chew.

I’m not going to lie. It took me a few minutes to get into the story. Mainly, it was because of Riley. To be so masculine he was very very emotional. I’ll talk about him later though. There wasn’t insta love, but it was pretty darn close. They got to know each other slowly but the book spans within weeks. So much happens between that time. She finds the answers she’s looking for and tragedy strikes again. She can’t catch a break. I would recommend this book for 18+ because there are a lot of hot moments. Ok, there is sex. There- I said it lol. I got a little nervous when Riley started talking about having sex with his wolf. I almost Almost stopped reading. I do not do beastiality. Thank God there was none. I wouldn’t have finished it otherwise. I'm glad i pressed on , though, because I enjoyed Paige's and Riley's story. Then there is pack law and things Paige finds out about Quinn, Riley’s sister. Its a lot to take in. If you find yourself not into it at first, keep going you won't be disappointed. :D

Overall: A very likable read, which I would recommend to werewolf lovers.

Paige: She is easily manipulated. She shows some backbone, but she is all bark, except this one part in the book. LOL. That was great. She would say one thing and in the next would forgive Riley for something he did. I just didn’t understand her. She was likable and I felt for her.

Riley: I like him but he really needed to get a grip in parts of the book. I could tell he was used to getting what he wants and when he didn’t he would well........pitch a fit..... especially with Paige. I was like DUDE- grow some balls. Don’t cry about it. But I’ve never been in love, so I guess I can’t judge. *shrug* He was just very possessive and didn’t want Paige to do too much.

About the Author
April Bostic is a New Jersey-based romance author who enjoys unleashing her creativity and letting her imagination run wild. Her love of romance books inspired her to become not just a reader, but also a writer. In December 2008, she self-published her first novel, a contemporary romance with a supernatural twist entitled "A Rose to the Fallen". Her first short story, "Right Here, Right Now", released in January 2012 is an erotic romance with a dash of S&M. The following year, she released two more short stories: a romantic urban fantasy inspired by the Greek myth of Eros and Psyche entitled "Eros, My Love", and a sexy romantic comedy entitled "Love Addiction". After five years, she will release her second novel "The Howling Heart" in August 2013, a paranormal romance that delves into the mystical world of werewolves and Norse gods. 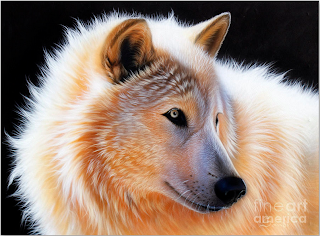