{Cover Reveal + Giveaway} The Princess and the Stableboy by Rebecca Rynecki 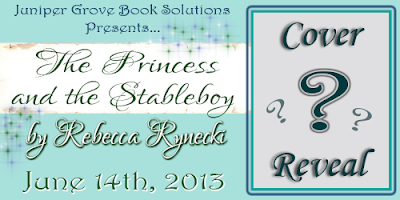 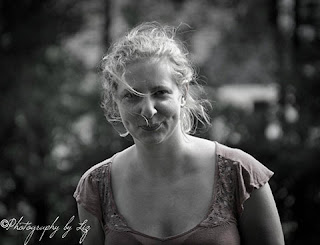 A graduate of Hollins University in southwestern Virginia, Rebecca has put her ancient history degree to good use with the Alaina Downs trilogy, a New Adult/Fantasy series. At least that’s what she tells herself. When she’s not writing, she lives in the Litchfield hills of Connecticut with her husband and young son. She dances, and runs, and upon occasion…sings very badly.

NOW GET READY FOR THAT COVER!!!! 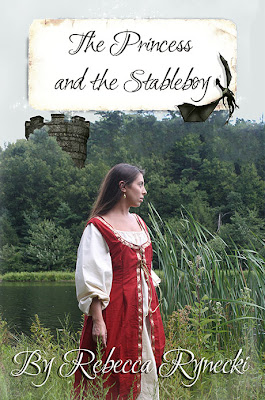 Title: The Princess and the Stableboy
Author: Rebecca Rynecki
Published: Coming Fall 2013
Genre: NA Fantasy Romance
Content Warning: Some Sexual Content
Recommended Age: 17+
~ Synopsis ~
Once upon a time, before Alaina fell into Isleen…
There was a kingdom devoid of magic…
Until one day when Astra, the princess of Isleen is awoken by dragons flying by her window. She escapes with the help of Peter, a stableboy who is hiding a few secrets of his own.
The land is thrust into peril. The wizards Uther and Avalon have returned from their banishment by unknown forces, and they are determined to take over once more…even if it means turning most of the people into ogres.
Astra finds herself fighting for her home in an ages old fairy tale of good, evil…and love.

Astra nodded, and waved him off, turning her attention over to a small group of dancers. She tore off some more of the meat, and started to sway along with the soft music coming from the dulcimer. A light rain was beginning to fall, and she glanced up, opening her mouth slightly to take some of it in. Astra smiled, letting her eyes flutter momentarily across the night sky.
Peter turned around, the mugs of mead trembling in his hands. He watched her, his eyes roving over her body before they settled on her gently moving hips. His heart raced, and he panted, taking a sip of the mead before looking at her again. She had finished the turkey leg and was now standing on her tip toes, giggling as she let her tongue dart out to catch some of the rain.
They locked eyes, and she gave him a smile. Peter left the mead down on the table, and slowly walked over.
“You left the mead,” she murmured.
He exhaled. “You’re beautiful,” Peter blurted out.
Astra blushed. “Thank you.” She pointed up at the sky. “I think it’s starting to rain.”
“Is it?” he croaked. His eyes trailed down to her mouth. “I don’t think I noticed.” Peter let out a small groan as her tongue ran over her bottom lip. “Do you want to dance?”
“Oh.” Astra’s cheeks pinked once more as she nodded.
Peter wrapped his arm around her waist, drawing her closer to him as the pace of the music increased. He could feel her heart beat against his and he sighed. “Astra…”
Her eyes flicked up. “Hmmmm?”
He kissed her. Astra gasped, her mouth opening as she felt the heat of his tongue searching for hers. She shut her eyes, her knees quaking as she moaned. She could feel the rain pelt down on them, and she sighed.
Peter shook, and he panted, gently releasing her. He swallowed, his jaw line clenching as he settled his hands on her cheeks and searched her eyes. “Astra…”
“Peter…” Astra closed her eyes, and tried to steady her heartbeat as they rested their foreheads against each other. “Peter…”

There is an event wide giveaway. One winner will receive an eBook copy (ePub or PDF) of book #1 in the series, The Secret World of Alaina Downs.