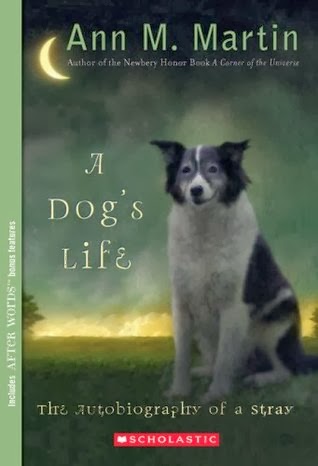 
Squirrel and her brother Bone begin their lives in a toolshed behind someone's summer house. Their mother nurtures them and teaches them the many skills they will need to survive as stray dogs. But when their mother is taken from them suddenly and too soon, the puppies are forced to make their own way in the world, facing humans both gentle and brutal, busy highways, other animals, and the changing seasons. When Bone and Squirrel become separated, Squirrel must fend for herself, and in the process makes two friends who in very different ways define her fate.

Who was your favorite character from the book?

Squirrel was my favorite character

because she is daring and brave even though she was separated from her brother.

Was there any character in the book you didn't like?

There was this one set of people who I didn't like because they killed any animals they saw on their property.

Did you enjoy the setting of the book? Can you describe some of the places squirrel encounters?

Um. There were different places. A shed, the woods, a mall, a rest stop.. and neighborhoods with trailers.

Were there any parts of the book where you felt very strong emotions? Anger, sadness, happiness?

Um. For the most part, the book had a lot of sad parts, but there were a few really happy ones.

I would recommend it to anyone who loves dogs of any age.

Did you take anything away from the book?

It made me think about when dogs are out on there all alone.