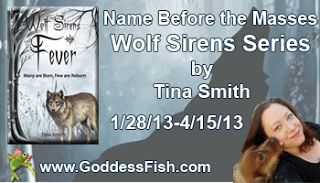 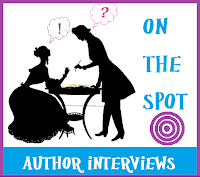 Today, on the blog, we have an Interview, an Excerpt and a Giveaway!
Tour Stops 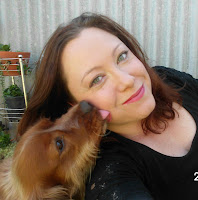 1) Do you have a favorite place where you love to write at?

My desk (which is in my office/spare room/wardrobe) at night.

2) If you were writing a book about your life, what would you title it?

I would try and make it catchy how ‘bout: Adjusting to Life on Earth. The autobiography of a fish out of water.

3) When you were creating the love interest, were you remembering your crush from high school, or is he purely fictional?

Definitely (and embarrassingly) the crush.  I will not specify.

4) Was there a certain author or book that influenced you into writing paranormal?

Paul Jennings and Twilight, fairy tales and movies like The Never Ending story inspired me.

5) The dog in your author photo is adorable! What's his name? (Sorry, I love dogs.)

Don’t be sorry, he is flattered but I tell him he is cute all the time (by now he is a bit vain). Billey is a cavalier cross cocker spaniel. He is nearly four and he likes chasing birds, food and walkies and pats. He didn’t like the makeup on his mums face, hence the lick.

6) Is there a character in your book that may have been influenced by said dog. (Maybe looks like him/her)

No. But I use him for wolf inspiration as he is the closest thing at hand. Also he is good stress relief and very good company. He either sleeps nearby or comes in to say hello when I write.

7) Do you have a favorite character in your series? If so, can you tell me who it is?

Cres would have to be a favorite. She’s the friend you wish you had, caring, loyal and honest. And she is damn cool.

8) I read on your goodreads that you are from Australia. (which is awesome) Are there any wolves in Australia? I would look it up on the internet, but who knows how reliable the internet is these days.

Definitely not, though as you may have heard we have dingoes, but I haven’t seen one outside of a zoo. As a kid I loved Call of the Wild and White Fang.

9) I would like to end off the interview with something fun. Can you tell me something fun/random/wonky/crazy about yourself or your writing habits?

I’m one of those people who think they are normal until I meet someone who hasn’t had the Tina experience before. I’m a first decant Piscean, so that makes me a bit of an enigma to most. I find it works best if you don’t try to work me out. Many have tried and failed. My best friends have given up. I think you have to be a little bit nuts to be a writer. I love those crazy quotes on pinterest about writers. There’s one I saw the other day that said something like “I’m a writer because it’s illegal to kidnap people and make them act out my imaginary world.”

See my review of Forbidden HERE

We all have a path to follow. When darkness falls in the town of Shade the trees are haunted by the unnerving cry of wolves. Myths about them have been told for centuries until one thing has bled into another. The elusive creatures which lurk in the valley are said to be created in revenge for the death of a goddess by the blood of a God, raining down upon the townsmen who murdered her. The truth lies somewhere in between.

The secret hidden behind the crystal eyes of the pack is as bright as day and dark as the shadow of night. Any human who is attacked by a wolf is ravaged by a venom passed down through the ages by a wolf’s kiss, that breaks the skin. Only those strong enough to sustain its fury survive. The reborn fever under the infection as it rapidly turns back the ravages of time, or ages the very young to their prime – to live evermore frozen in eternal youth.

The bitten burn a constant temperature, which heightens before they phase at will. Under the height of a full moon they are awakened and devoured by the fire within, forever unable to free themselves from its grasp. The infected metamorphose to resemble a wolf, which stalks the woods at night, giving rise to the legends.

They are cursed to live between two irreconcilable worlds, one enigmatic existence in the forest and another in the town among us. Werewolves are strong, forsaken to live perpetually as man and beast. Their kind never feel the cold and can heal fast but the chill of death can still strike them. Like all Demi Gods they are not immortal. The greatest rate of mortality amongst them is caused by the hunters – the chosen few, selected by the goddess to protect the town from the monsters - the wolves that had kept me close but refused to change me. I had a different path, not yet clear to me. I understand now why they didn’t make me one of them. I couldn’t ignore the calling of the crescent moon.

Giveaway
Tina will be awarding jewelry in theme of her book (wolf charms, charm bracelets etc), 3D book marks in shifter themes (Wolves, tigers, panthers etc) and Sun catchers (beaded glass and crystal) to a randomly drawn commenter during the tour, and a free eBook version of each of her novels