In space, love has boundaries. 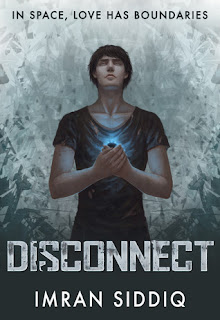 Dirtying fingernails in sewers is fast approaching worthlessness for Zachary, a 16-year old Underworld scavenger. When footage of an Overworld girl, Rosa, is discovered, his intrigue heightens at why she expresses sadness with a lavish lifestyle.

In meeting Rosa, Zachary is scorned by her opinion of the deprived. She pities him and provides a means for them to communicate. With time, friendship and something he’s never felt grows; love for another human. Knowing Rosa calls him when it suits her isn’t enough; he wants to meet her, but how? Relationships in Underworld are few, let alone the impossibility with those above the ceiling.

Underworld will suffer when plans to conquer Jupiter’s moon, Europa move ahead. Worse is Rosa’s father, a disgraced Overworld ambassador, approving the plan.

Zachary must defeat the prejudice of the worlds, sneak within opposing forces, lose friends and challenge Rosa’s sadness. In doing so, a twisted secret is uncovered that may devour the reason he lives; Rosa. 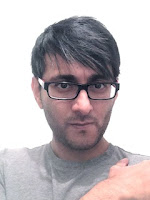 @Website | @Facebook | @Twitter
Imran Siddiq may have tried to leave Leicester a few times, but its become his place to wake up to two cats, freeze when the heating’s off and most of all, get down to writing. At a young age, his primary school teacher commented on his creativity and ability to tell stories.  At the age of 29, during a night in the jungle, the bug inside awakened, and for the last 5 years he’s been sacrificing every second that he can to write. A veteran of writing festivals, a presence on Twitter and gobbling up all forms of Star Wars and Lord of the Rings, he hopes he can bring a smile to others in the same way that he had, aged 5, reading with a torch under his duvet. Imran’s preferred genre  is YA Sci Fi, and he has a tendency to throw a droid in every novel.

Giveaway
[I have decided to make the first entry where you put your info so I don't have to wait for you to email be back before I send off for your prize. GENIUS. (haha. sure.) I will still let you know if you won. (: I just won't have to wait on your response with the eBook format.]
Well, If you liked the excerpt, the trailer, or even the blurb, you can try your hand at winning an eBook copy of Imran's Novel! I am running this giveaway until the 12a.m. on March 13th.  The Rafflecopter Ninja shall decide the winner. Let The Games Begin!