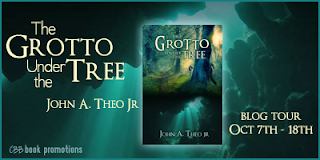 
** Top things I like in a YA book hero: Faith, Integrity, intelligence, the ability to pick him or herself back up and learn from their mistakes, being afraid but going forward anyway…this is bravery.

** Top rituals I like to do when I write? I like to clean the house and get all my little "to do list" things done so I can focuse just on writing. I like writing in bed rather than at my desk as well. 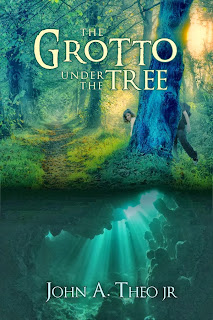 Follow two young heroes, Sebastian and Sara, as they mistakenly descend into a mystical land where elves, mermaids, gnomes and other mythological creatures live. The two discover they have stumbled into an ancient battle between these fair folk and evil creatures called the Kylo. Their guide on this journey is Capri, an elf lord who is on a quest to find his lost tribe. The Kylo chase the children and Capri in his flying galleon north into the Arctic Circle where they find the most unlikely ally. During the final battle the children learn about sacrifice, love and ultimately forgiveness. 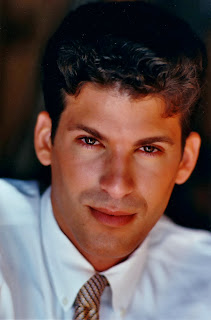 John Theo, Jr. has numerous published articles on arts, culture and sports figures. He holds an M.F.A. in Creative Writing from Pine Manor College in Chestnut Hill, MA. During the day John serves as Vice President of Operations for Blue Sky Holdings, which owns many commercial fitness clubs. John is also an adjunct professor at Endicott College in Beverly, MA, where he teaches screenwriting. John's Book, The Grotto Under The Tree, has been released by Astraea Press.