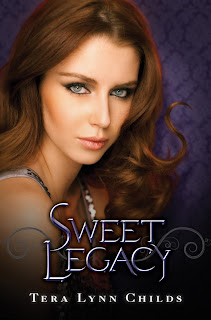 Greer has always known she was privileged, though she had no idea how special her second sight made her, even among her triplet monster-fighting sisters. But when a god starts playing with her mind, can Greer step up in her pretty high heels to prevent anything from stopping her sisters’ mission?
Grace loves her adopted brother, Thane, but now that he’s back and has joined her sisters’ team, it’s clear his past is full of dark mysteries. She wants to trust him, but will Thane’s secret put the girls in even more danger?
Gretchen knows she can rely on her sisters to help her stop the monsters. But after getting to know some of the beasties in the abyss, she finds her role as a huntress comes with more responsibility than she ever imagined. How can she know what her birthright demands of her now?
The girls cannot hesitate as they seek the location of the lost door between the realms, even as monsters and gods descend on San Francisco in battle-ready droves. In this exciting conclusion to the Sweet Venom trilogy, these teenage heirs of Medusa must seek the truth, answer the ancient riddles, and claim their immortal legacy.

I place my hand around Nick’s wrist and—without waiting for him to respond—pull him after me. Seeking a better strategic position, I move up, over onto the nearest boulder. He follows right behind and I release my grip so I can move stealthily.
Belly-crawling across the smooth surface, I inch toward the edge of the rock, toward the sound that could be a million things. A million dark and nasties.
Whatever it is, I have to draw it away from my sisters.
As I lean forward, out over the edge to get a better view, I hold my breath. Surprise is a crucial advantage. Whatever is coming doesn’t know we’re here yet and I don’t want to give away our position until I’m ready.
I peer down, but can’t see anything in the inky space below. The shufflings stop. All but one. Then I hear a loud, Oof! Followed by a vehement, Shh!
“Sorry,“ a small voice says. “Not know we stopping.“
“Shhhh!“ Louder. And more irritated.
“If you no want Sillus—“
A loud smack, followed by an angry, “Shut. Up.“
Then a muffled, “Sorry,“ that sounds more like, “Rawry.“
I smile. Leaning out as far over the edge as possible, I can barely make out several shapes below in the faint glow. One gleams in the green light. Golden, metallic.
The golden maiden. 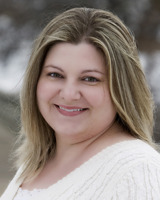 Tera Lynn Childs is the award-winning author of the mythology-based OH. MY. GODS. and GODDESS BOOT CAMP, the mermaid tales FORGIVE MY FINS, FINS ARE FOREVER, and JUST FOR FINS (July 3rd, 2012), and a new trilogy about monster-hunting descendants of Medusa beginning with SWEET VENOM and SWEET SHADOWS (September 4, 2012). Tera lives nowhere in particular and spends her time writing wherever she can find a comfy chair and a steady stream of caffeinated beverages.