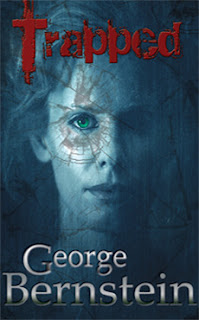 Available in ebook and paperback

The darkness is still, silent. Jackee Maren’s heart pounds reverberating through her body as fear sears her veins. Someone’s coming. No way out. This time they will kill me. Her breath is short, her chest burns. Must run. Faster. Faster! Her eyes fly open, her heart still racing with blinding fear. Jackee breathes deeply with relief and stares at the ceiling desperately trying to calm herself. The same dream. Something, someone is watching . . . and waiting.

A tragic car accident leaves beautiful, vibrant Jackee Maren in “Locked-in Syndrome,” completely paralyzed, able to move only her eyes. Jackee’s physical therapist, Kevin, seems more invested in her well-being than her husband, Phil, and teaches her to communicate by blinking her eyes.

Soon she discovers she has the ability to sense others thoughts, but hides this talent from everyone but her sons, not knowing who she can trust. Then she discovers her car accident was no accident, and vows to expose the person who wants her dead before they get a second chance. Exercising her new psychic ability, Jackee finally learns who masterminded the accident but feels helpless to stop them from trying to kill her again.
Fading physically, she doggedly embarks on a psychic plan to not only ensure her boys are safe forever, but to exact revenge on her would-be murderer.

Jackee vows not to rest until this killer understands what it is to be TRAPPED! But she must hurry, with only months left to live.

Where am I?
Intense, deep-cave blackness envelops her…smothering, almost thick enough to touch. She seems adrift, suspended a pool of dark, still water.
A bath? That doesn’t make sense.
Despite a shroud of absolute darkness, she senses herself rising, finally breaching the inky surface, floating weightlessly.
And she is awake.
What was that? A dream? It seemed so real!
Jackee Maren lay very still, confused by the eerie perception of bobbing gently on tepid, calm waters.  Despite a sense of warmth lapping at her, she shudders.
What’s happened to…?  Oh… how stupid of me.
My surgery! It’s finally over. Five months since the accident, and breathing hadn’t gotten any easier. But why is it so... so dark in… where? A recovery room?
Why have they left me alone?
A pungency unique to hospitals floods her with unpleasant memories: momma, daddy, and her own last visit. Not a happy moment in the bunch.
Icy tentacles caress her spine, kindling a mountain range of goose bumps.
What’s going on? Why... oh...
Voices murmuring, bare whispers, apparently close by. What are they saying?
Spooky, laying here in this... this black place. Why haven’t they taken me to my room?  Phil’ll be worried.
Won’t he? He promised to take time from work to care for their sons… to be supportive for a change… while she recovers from this reconstructive facial surgery he seemed so eager for her to have. She shivers, momentarily reliving that scary car accident.
Spinning, lurching, crashing down that embankment. The shriek of rending steel.
God, it was terrifying.
The boys tussling in back, and I was distracted, worried at being late… and wondering about Phil’s frequent late nights. He was seldom home evenings before then. But that changed after I spun the Mercedes into that ditch.
Whatever. That was then. Gotta figure out the now… why I’m still in Recovery. Get someone’s attention. If she moves, will stitches tear? The undercurrent of voices pulls at her.
Why are they whispering?
She shivers again, her skin peppered by an icy sleet of uncertainty.
Has something happened... something bad? No one’s here... no one to check on me. Did something go wrong?
Oh God, it must be terrible!
Her heart tumbles, skipping into high gear. This crushing darkness robs her of any sense of place.
Maybe I’m dead, locked away in the Morgue, lying on a slab, waiting to be cut up? It’s so black, and they.... Oh, shut up!
Jeez, it was only reconstructive surgery after the accident. Dead people don’t lie around, thinking. Always ready to worry if there’s a little hitch somewhere. Nothing bad happened. Still, I’ve gotta get someone's attention.
Hey! Why didn’t I see that before?
How had she missed what was right in front of her… two shaded windows, a bare sliver of light glimmering at their lower edges. Dare she move, seeking aid? Still stymied by the strange aura of weightless floating on a glassy film of water, she tentatively stretches out a hand.
Am I actually moving? Eerie! I can’t really tell in this utter darkness. Her unseen fingers trip lightly across the base of the shades.
Success! Both spool noiselessly upward.
Finally! She winces, blinking at the sudden light, before her vision clears.
There, three men, standing in a small white room, two wearing blue surgeon’s scrubs, the other, the tallest, a dark suit. No second bed, no moveable tables, no guest chairs anywhere. No outside windows, either. Stark illumination from flickering fluorescent fixtures cast demonic shadows across their faces. She shivers, unassured by the sight of the trio of apparent doctors.
What is this place? A recovery room? Suddenly their voices are clear.
"I spoke to her husband," says the one in the dark suit, fingering the stethoscope looped around his neck. "He said she occasionally took both amphetamines and tranquilizers."
He said that? It was just this one time, and he said…
"Damn," from the taller of the two, "that wasn’t on the admitting form. We could’ve rescheduled. Drugs and anesthetics always cause problems."
Problems? God, I knew it. Damned hospitals! Damn, damn, damn!
"We’re checking,” the third man says. “I’m not convinced tests will tell us anything that will do us much good in court, if it comes to that."
What are they talking about?
She is suddenly struggling to breathe, her heart pummeling her breast.
Oh Jesus, something did happen! Something bad!
Head spinning, her world lurches surreally askew. She shudders.
I’m so cold!  Her little lagoon churns from comfortable warmth into a bed of ice.
Something’s terribly wrong! Hospitals are supposed to fix things, but I had the same scary feeling while waiting for Daddy’s test results... and I was right!
Gotta find out what’s happened. Sucking in a ragged breath... worried about damaging her facial surgery... she grits her teeth before calling out.
"Hey!"
Don’t panic. They'll see me in a minute.
But they don't. Are they deaf?
"Over here!” Louder now, willing them to look at her.
"You, out there! Please help me."
The taller surgeon cocks his head and turns.
Thank God! He'll see me now.
He pauses, still as stone. Then his eyes flare wide, his jaw dropping. Snatching at the other doctor’s sleeve, he thrusts an almost accusing finger at her.
"Look," he shouts. "Look!”
“Her eyes! Her eyes! “They're open!" 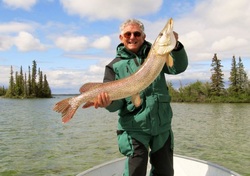 AUTHOR BIO
I was born and raised in Chicago and its suburbs, living there until the age of 39. I'm now a retired corporate President, life-long fishing enthusiast, and a dedicated author. As is my nature, I've worked hard to improve my writing craft, and have produced 3 award-winnning novels, as finalist and/or winners of several large writing contests. I've also become a world-class fly-fisherman and am an expert in fly-fishing for pike & musky, and wrote a book on that, as well.

I now live in sunny Florida, and split my time between writing, fishing & fine cabinet making, but my greatest love is creating riviting fiction. TRAPPED is my first novel.