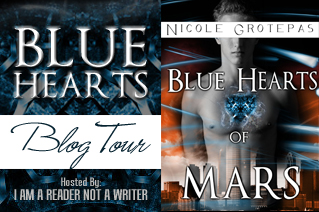 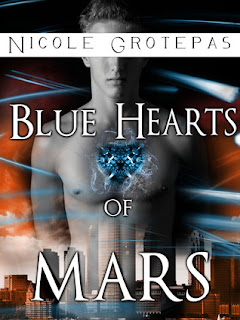 Retta Heikkinen knows the unspoken rule of society: love between androids and humans is forbidden. A simple enough edict until Hemingway Koskinen spends an evening charming her with his intense gaze, bewitching smile, and sparkling conversation that hints at so much more than the usual obsessions of high school boys. Rules were meant to be cast aside, especially when love beckons.


If only it were as simple as being in love.

Trouble is brewing, not just for Hemingway--for all androids. Secrets have been kept, lies propagated, and Retta soon discovers that a frightening future awaits thousands of androids if she doesn’t do something to stop it. Worse yet, she will lose the one love she’s ever endangered herself for: Hemingway.


Review
There are so many things I want to say about this book, so I fear this may end up being rather long. I am not sure if I can express how much I adored the main character, Retta. She is outspoken, sarcastic at times, and the way she stood up for others really endeared her to me.

I love the way the book starts out. The opening section really hooked me in and got me excited about the subject matter of the book- androids.

There is a nice, sweet romance at first, but I feel like that moved a little fast. It had a minor feel of insta- love to it. Although, that may have seemed that way to me because the book comes in after they have already met and made their connection to each other. I found it really interesting that the author started the story after she had met him, discovered what he was, and already decided she was attracted to him.
After finishing the book and reading what Retta feels when she talks about how she feels about him, the insta- love feel dials back. She throws the word love around In her head, but keeps it casual on the outside. She thinks through her feelings and sort of analyzes how she feels about him. I liked that. How she analyzed things when they came across her path.

I really connected with the discussion of Souls because we have been learning about the theories of mind in my into to philosophy class. We had been discussing this exact subject a few days ago, so when she kept bringing up the subject of souls and the artificial intelligent beings developing them, my ears perked up. I love when she was pondering when a soul begins or when something can be considered to have a soul. It is actually freaking me out how closely related the content in this book is to what we discussed in class. lol. It is more interesting to me because of this though. All the arguments we discussed in glass are showing through in the book. It really got me thinking, which may have been the auther’s intent.

"I am still liking Retta more than hemingway. Also, loving the discussion of souls. (:”

"Hmn. Retta thinks things through and she genuinely cares about other people, namely androids. But I still feel like her feelings for this guy are a little rushed. It is almost like she is so enraptured with him because he is an android and he is so beautiful. Like the face that he is an android Is attractive. She never really talks about any aspects of his personality (well, not much in the beginning of the book when I typed this) She talks about his eyes, yes. But those are still pretty much a physical attribute. She questions what she feels for him, wondering if it is really love and she swears that there is no doubt in her mind that she wants to be with him because she likes (or at the very least, lusts after) him. "

“For some reason, he does not feel like a main character in my mind. He is badass and caring and can fight... but (and I am not meaning this as an android pun or anything) he seems a little hollow. Something is missing from his character" [As the book continues, Retta realizes they do not know as much about him that she thought she does. That is what takes this book back up to a higher rating for me-the fact that Retta acknowledges that they were rushing in the beginning and that they do not know too much about each other.]

I love retta. Her character is lovely. She tells stuff like it is. When she does something that is considered weak or anything similar, she acknowledges it and owns up to it. She is honest and can be passionate about certain things. Her father, although kind of rude, is sort of endearing in that aspect as well.

Hemingway sort of got on my nerves at certain points,running hot then cold- and I was relieved to see that Retta noted this as well. That made it a little better, but still. I would like more from Hemingway if he is such a big part of this book. I mean... He is an android. This book is about androids. I would like to dig a little deeper there. I am sort of wishing the book had alternating views so I can get inside his head.

This review was all over the place. I am sorry if it was hard to understand, but after I have read something that required me to think, my mind goes on vacation. Haha. It can’t take too much thinking.

But I really did enjoy this book. I enjoyed how Retta, her family, and the citizens of Mars had realistic reactions to everything that went on around them. Oh, also, I freaking love Mei. That girl is crazy.  Also, I love the descriptions of the different Provinces all over mars. The descriptions in the book were spot on, so I was able to imagine a great deal of the setting in the book. By the way, New Japan is pretty cool (..In my head, anyway)

Nicole wrote her first fantasy novel in 7th grade on her mother's old Brother typewriter. It was never finished but it strongly resembled a Dragonlance plot and she's forever wondered what happened to the manuscript and Tonathan--the handsome elven protagonist. After living in Nashville where she worked as an editor, she returned to the Utah desert where she was raised. Nicole now lives near the Wasatch mountains with her husband. She writes and raises her son and three cats full time.

Excerpt
My Computer was being wonky, but you can download the multiple excerpts available HERE

This book has made it to the quarterfinals of the Amazon Breakthrough Novel Award.