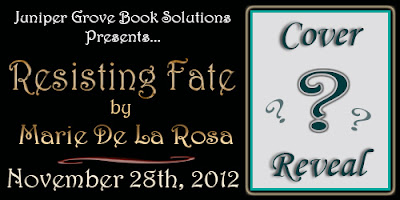 I got another great cover reveal for you guys today, but before we see that cover let's find out a more about the author first. :D 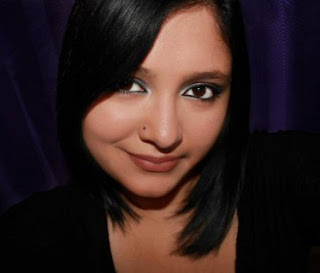 Marie De La Rosa holds a degree in Graphic Design and has returned to college in hopes of obtaining a degree in Criminal Justice. With a passion for reading and writing, she excelled in Advanced Placement classes during high school but always considered writing a hobby up until now. Marie is perhaps more well-known for her reviews on the Paranormal Reads and Lunar Haven Reviews & Designs book blogs.
Marie is currently working on her debut YA Paranormal novel Resisting Fate, book one in The Right of Blood Series. The series is set to be released in 2013.
When not reviewing or working on Graphic Design projects, Marie can be found at her day job, out and about with a camera in her hand, or working to finish her book. Look for more information to come in the future.


Now that we know a little bit about the author are you ready to see this fantastic cover?!?!?! 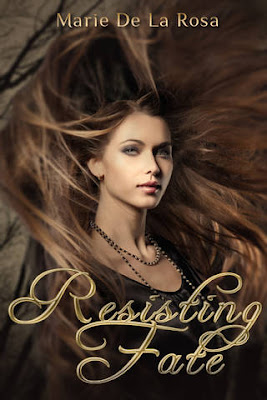 Synopsis:
Eighteen-year-old Araina was your normal teenager or at least she believed that to be true. She had only two things on her mind: graduating high school and getting away from home to start a life all on her own. But after a tragic accident claims the life of her mother, Araina is left dumbfounded and finds herself on a much different path: enrolling in the local college in Austin. Convinced that her mother’s death was no accident, she becomes obsessed with finding out the truth, and becomes disconnected from everything around her in the process.
That is … until she meets Lucca.
Lucca is the captain of the Resistance: an elite group sworn to protect Araina. He knows the truth about her mother’s death and the future attempts that will be made on Araina’s life due to her being the great-granddaughter of Leto, mother of Artemis and Apollo, which is why it is important he follow the one rule given to him: Don’t get too attached.
It is his job to gain her trust and somehow reveal her true lineage and what the fates have in store for her. Araina is about to be thrown into a world she never knew and will have to come to terms with the role she will play in the Resistance.
Will she stand up and fight or will she lose the one thing everyone has been trying to protect?
Her Life.

He walked the path back to the house they were using as their headquarters at the moment; though it wasn’t much on the outside the inside made up plenty for it. As he walked in through the door he stopped and looked to the right to stare at his own reflection. Heavy bags hung under his eyes, his tan skin was much duller and his black hair a mess.
“You need to get rest. Huntir and I have everything set up so take this opportunity to gather your strength. Wearing yourself out like this will not be beneficial in guarding her.”
Lucca turned to his older brother Matteo, surprised that he had arrived so soon. “I know, I will go take a shower and get rest, there is still a lot of work that needs to be done.” He passed Matteo but not before laying his hand on his brother's shoulder as if silently reassuring him not to worry and that he was fine. Though his brother had pointed out his need for rest, his mind was running around with too many unanswered questions with no way to solve them. But one question he kept going back to was always the same, the one that would matter most in the end.
When he finally reveals the truth to her will she rise from her sorrow and be the savior they needed her to be? Or will she turn away and go into hiding like her mother did and suffer the same fate? As he got to the top of the stairs, without turning around he asked, “Why did you arrive ahead of schedule brother?” he waited for his brother to reply, a heavy silence floated between the two. He did not expect the next few words that came out of his brother’s mouth.
“We have verification on who killed Aella.”

So what did y'all think of the cover? Isn't it great. The girl on the cover has beautiful hair. I wish I had thick hair like that. LOL
Posted by Tiffany at 12:00 AM