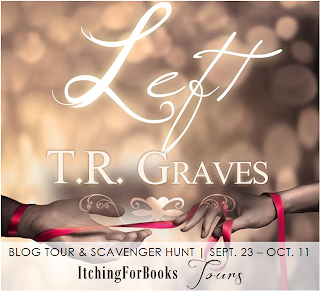 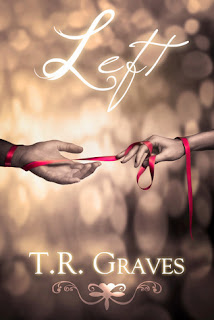 Your own two feet are all you have when you've been left.
A naive Baylee loves Colt, her boyfriend of four years, more than she ever thought possible. After a little snooping, she's convinced she's well on her way toward hearing an once-in-a-lifetime proposal and starring in the wedding-of-the-year event. Instead, she's blindsided by a very public breakup and the crushing news that Colt is marrying someone else… someone more befitting him and the role his father expects him to take in his law firm.
Baylee may have spent years resenting Ariana, her mother, and her suicide, an intolerable show of weakness in Baylee's opinion, but after Colt leaves her just short of the altar, Baylee sees the world through her mother's eyes. She sympathizes with Ariana's actions and realizes that some things—soul-deep aches—can irreparably damage you and make moving on nearly impossible.
At least that's how she feels until she meets Ryker. With his help, Baylee discovers there is life after Colt, and she prepares to move on by pulling herself up by the bootstraps, holding her head high, and standing on her own two feet. Unfortunately, a new jealous and hateful Colt has his own plans for her, and they are plans no one—especially Baylee—ever saw coming.

Oh man all the emotions that are swelling up in me. This book was tough to read- and not because it was a bad book, because it wasn’t. I loved every minute of this book. It was the situations in the book that were tough to get through. Baylee goes though so much in this book and I can’t help but cry every time I think about it. This review was not typed with dry eyes. This book touches you and makes you want to help anyone who has or is being mentally or physically abused.

One thing a lot of people will have a problem with is how fast Ryker and Baylee fall for each other. No, they don't outright say it but the body language and how they talk to each other says a lot. I loved it, though. Baylee could be herself with him when she couldn’t with Colt. I felt the connection between them was genuine and not at all forced. I think everyone should read this book, even if it’s not your kind of book. Like I said this book will touch everyone that will read it and I think everyone should experience that. I don’t even know if any of that made sense LOL

P.S. Don’t forget to bring/buy tissue because you are going to need it- big time.

Baylee: I like how strong she was during the whole break up. Yes, she lost it when he first broke it off, but they had been together for FOUR YEARS!! She handles it pretty well and she is ready to strike out on her own. She doesn’t need a man to take care of her. Ryker has other plans though. lol He will do anything for her and that sentiment shows throughout the book.

Ryker: He is a confident business man who isn’t going to let anyone tell him what to do (*cough* Colt *cough*) He knows what he wants and he knows he will eventually get it and he wants Baylee. He makes it known the first time they meet. He is very open about his feelings, but it vague on what his job is, which is a major turning point in the book. I was like REALLY RYKER!!! BTW Ryker is a hot name, I love it *MEOW*

Overall: A heart breaking and inspirational story all in one that will leave you in tears. 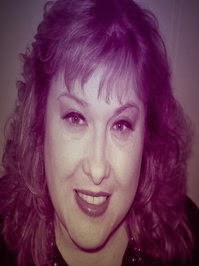